People Being Prepared for the Beginning of NESARA? 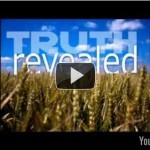 Below is an excellent summary article from Steve Beckow and www.the2012scenario.com summarizing the current state of affairs regarding the implementation of the prosperity fund / NESARA and the imminent arrests of members f the cabal / Illuminati.

Find out more about NESARA (aka the Prosperity Fund) here.

People Being Prepared for the Beginning of NESARA?

One after another the videos and radio interviews are coming out, apparently preparing the public for NESARA.

Back in January, we heard James Martinez tell us he was authorized to discuss a new abundance program that was emerging. At the time leading lightworkers, assuming that the Monaco Accord represented the new shape of the world economy, called it a hoax. But, on An Hour with an Angel, Archangel Michael said, no, it was a quiet announcement meant to demonstrate to those who await NESARA that things are happening. (1)

Archangel Michael added that it neither originated with the Monaco Accord group nor was it a hoax. It originated with “a group – and it is a combination group – of star beings and human beings and, can we say, with our input [i.e., celestials], that is working together.”

Fast forward to March 28, 2012, when David Wilcock said that mass arrests were being stage managed by aliens and angels, essentially lining up with what AAM said in January. David said:

“Top insiders have now confirmed that everyone in the Pentagon is now aware that some form of Divine Intervention is happening — regardless of what side they are on.

“Most of them do not know who is responsible. Even the ‘bad guys’ are now saying it could be ‘Angels or Aliens’ doing this stuff.

“No one on Earth has the technology to do the things they are now seeing — regardless of how classified that technology may be.

“It is utterly astonishing that even the ‘bad guys’ are now acknowledging this may be an angelic intervention.” (2)

On March 21, 2012 on this site, Stephen Cook covered a report by “Drake” (his full name is known but we’ve been asked to hold it back for security reasons) on Freedomizerradio, in which he revealed that the American military will soon be arresting members of the cabal and holding them in the same FEMA camps that they set up to hold dissidents among the population after martial law.

Drake, who lives in the southeast, is billed as a person the Pentagon has asked to make announcements on their behalf. He said that the cabal had attempted to declare martial law twice and been forced to abandon their efforts. He outlined some of the provisions of the new economy, which included greatly reduced taxation, debt forgiveness, a non-debt-based currency, etc. On Freedomreigns Radio, Drake and his team say:

“In the very near future, we can expect a major, constructive change in our banking and currency systems. We can expect to see contingents of federal marshals – backed up by our active military – in the major seats of power. These military are not any part of a military coup. They are backing up civilian re-establishment of our lawful government.

“We can expect do see interruptions in our normal way of life. This transition has been designed to minimize interruptions in vital services and our economy – minimize hardship. This will be accompanied by announcements in mainstream media. What we do not want – is for people to panic.

“Our so-called president has been informed that he is no longer commander in chief of our military. This is part of a worldwide operation whereby the non-aligned nations – those who are not part of the G20 – re-establish solid currencies.” (3)

I personally don’t believe that President Obama has been dismissed as commander-in-chief but we’ll have to wait to see what actually occurs. Note the advice to lay in some supplies in anticipation of interruptions in distribution.

On March 28, 2012, David Wilcock interviewed Drake in a three-hour program in which Drake went into even more detail on what is coming down the road.

Drake himself said that he had a cache of interviews, some of which can be found here.

Important things to remember on this score is that Drake has been asked by the Pentagon to discuss these plans so that, when the American military suddenly shows up on the scene, people do not panic but realize that they are acting to take down the dark cabal.

As I said on Extraordinary Year recently, elements of the American military – in particular the American Navy – have been leaders among the white hats for many years now, assisting to thwart attempts to start a nuclear World War III, standing up to the Bush regime, and assuming control of Northern Command (which appears to have carried out so many cabal-related assignments)  and the secret space fleet, Solar Warden.  Now it appears that the American military as a whole has taken up the cause of the Light.

Now, evidently, the military can be counted on to take the side of the people and round up the cabal.

We’ve been told by our sources in the past that, once the cabal are removed so that they cannot harm NESARA recipients and once the old financial structures have collapsed, NESARA will be inaugurated.

On Feb. 17, SaLuSa warned us that the cabal was being taken down and that this would enable the redistribution of wealth.

“Look around you, Dear Ones, and see the signs that are there for all to see, as out of the seeming chaos the new beginnings are becoming apparent. You are correctly hearing of a world plan by many countries to topple the Illuminati, and present the world with a new system that creates a new deal where financial matters are concerned.

“It will remove the illegal structure and methods that have placed you in a debt ridden society that is in danger of collapsing. Having reached this point, if offers the very opportunity that can be taken to implement it. It will remove the burden that so many of you carry, and the hardships it is causing.

“More importantly it will enable wealth to be re-distributed, much of which has been acquired by criminal actions. You have been deliberately kept poor as a way of keeping you under control. Likewise you have also been kept ignorant of your status and history, which is why you are to be fully informed of your past and reason for being on Earth. (4)

On March 1, Matthew Ward agreed that the world financial scene was being cleaned up and that NESARA would then follow.

“Rampant corruption in multinational corporations will meet its well-deserved end; directors who serve the interests of the populace will remain; those who are greedy and self-serving will go. National economies in bankrupt status will not be successfully revived; the global economy will reach rock bottom and an honorable system will start operating worldwide.” (5)

We’ve been asking the celestials and galactics for tangible proof for some time that all of what is being talked about is real and the resignations and arrests that are transpiring as we speak are surely tangible proof. They will only speed up at some point probably reaching a climax when the American military, and perhaps the militaries of other countries, descend on the dark ones and take them into custody. That day is surely not far off.