For those who haven’t seen this yet, I’d like to share with you an introduction to one important part of our Star Family – The Galactic Federation of Light and Ashtar Command.

We are All One. 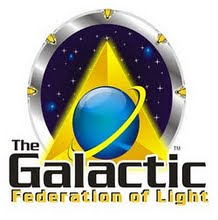 HAS MILLIONS OF SHIPS FROM ALL OVER THE GALAXY.

WE ARE UNITED UNDER THE BANNER OF LOVE.

WE ARE ANGELS AND MASTERS OF THE LIGHT,

COMING TO YOU IN PEACE AND INDESCRIBABLE JOY!

“OUR CURRENT MISSION IS TO ASSIST MOTHER GAIA,

INCLUDING YOU AND ALL OF HER KINGDOMS,

TO SHIFT INTO THE 5TH DIMENSION AND THE GOLDEN AGE.

WORKING WITH SANANDA, ST. GERMAIN, AND THE ENTIRE

COMPANY OF ASCENDED MASTERS FROM YOUR PLANET.

MANY HAVE CHOSEN TO SERVE IN HUMAN EMBODIMENT. 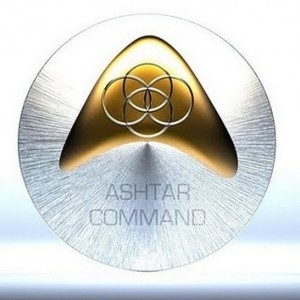 “The Ashtar Command is the airborne division of the Great Brother/Sisterhood of Light, under the administrative direction of Commander Ashtar and the spiritual guidance of Lord Sananda, our Commander-in-Chief, know to Earth as Jesus the Christ. Composed of millions of starships and personnel from many civilizations, we are here to assist Earth and humanity through the current cycle of planetary cleansing and polar realignment. We serve like midwives in the birthing of humanity from dense-physical to physical-etheric bodies of light, capable of ascending into the fifth dimension along with the Earth.”

“We of the Brotherhood of Light, and we who serve in the Intergalactic Fleets and Cosmic Federation Councils, come forth to bring you knowledge for a most eventful and confusing transition …”

The Ashtar Command is an etheric group of extraterrestrials, angels and lightbeings and millions of “starships” working as coordinators of the activities of the spacefleet over the western hemisphere. Under the spiritual guidance of Sananda (the Most Radiant One), the ascended master who walked the Earth incarnated as Jesus the Christ, Ashtar, the commander of the galactic fleet and representative for the Universal Council of the Confederation of Planets, is currently engaged in Earth’s ascension-process.

Organization of the Galactic Federation of Light and Ashtar Command

Why is the Galactic Federation Here?  What do they Want?